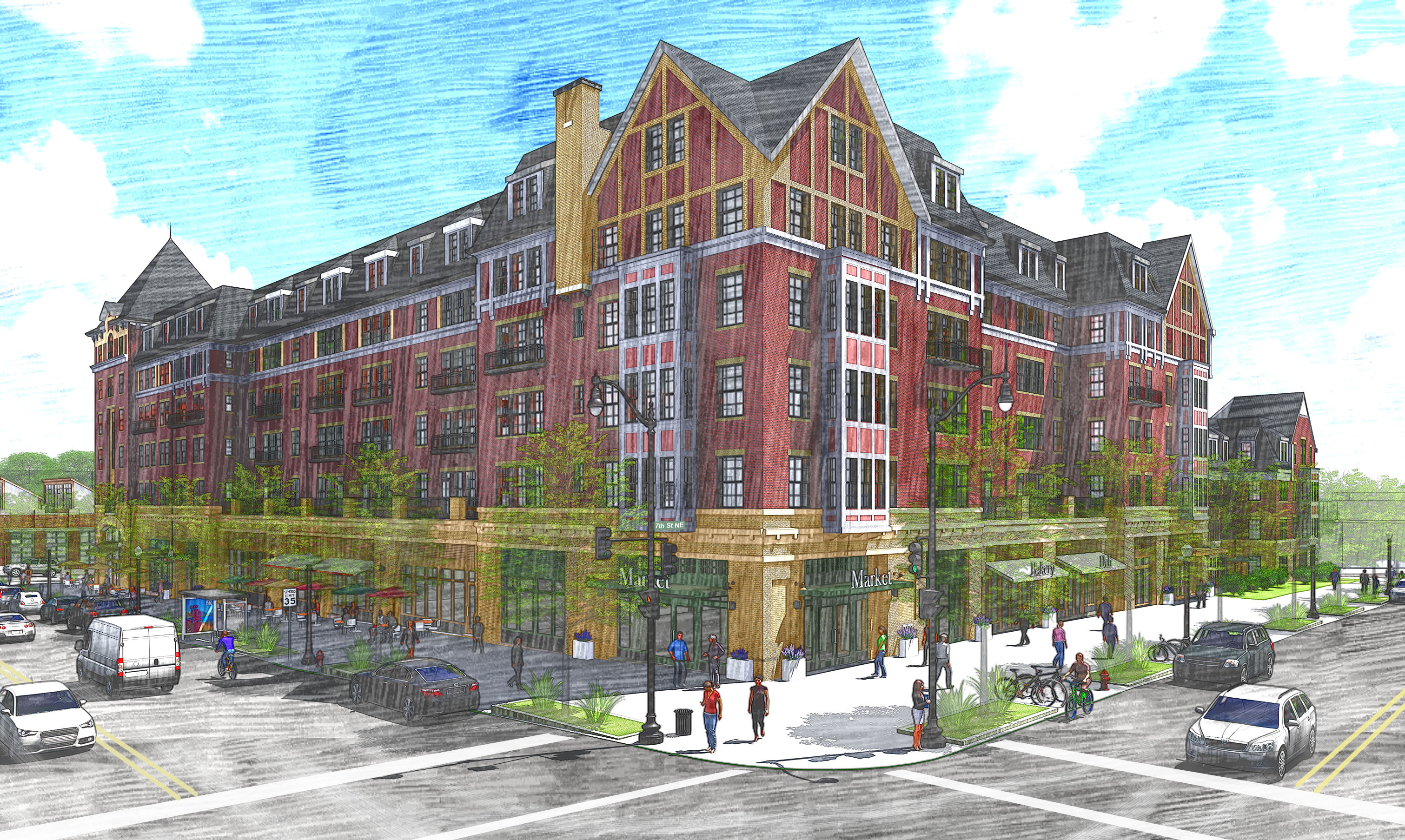 The building's retail will include a 13,688 SF space on the Seventh Street corner and a 2,844 SF space on the Eighth Street corner, with the two storefronts separated by the apartment lobby, Zoning Commission filings show. Pritzker retained H&R Retail to help it lease the space.  The apartment building was designed by architect Maurice Walters, who also designed the Arts Walk and the building on the eastern side of the plaza. Torti Gallas + Partners designed the other buildings. Walters said the final phase will look similar to the rest of the development, but will have its own style.

"We think it's more richly detailed," Walters said. "It will be sympathetic to those buildings, but it has its own character ... the important thing is it will kind of tie everything together. That was one of the earliest visions to have that Monroe Street frontage activated. That will be a big deal to get that missing piece." The building will include a mix of studios, one-bedroom, two-bedroom and three-bedroom units. Its amenities include a fitness center, multiple fountains, a coworking-style business facility, a clubroom and a rooftop deck, the first at Monroe Street Market. Dvorak said some of the building's units have higher finishes than previous buildings at the development, targeting young professionals more than CUA students.